Each chapter of this collection of essays begins with a similar recounting of a storyteller presenting a traditional story to an audience. Like the "what's different" puzzles, or like oral stories ... Read full review

The written version of a series of broadcasts, all but the ultimate chapter which is unique to the book, begin with turtles all the way down and end with the reminder that you have taken on the burden ... Read full review

THOMAS KING has written several highly acclaimed children’s books. A Coyote Solstice Tale, illustrated by Gary Clement, won the American Indian Library Association Youth Literature Award for Best Picture Book and A Coyote Columbus Story, illustrated by William Kent Monkman, was a Governor General’s Award finalist. He was a Professor of English at the University of Guelph for many years, where he taught Native Literature and Creative Writing. He won the Governor General’s Award for his adult novel, The Back of the Turtle, and he has been nominated for the Commonwealth Writers Prize. 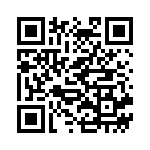