Jean-Pierre Vernant is a leading French scholar of ancient Greece who attempts to elucidate Greek religions, especially mythology, through the development of a historical anthropology. In 1984 he retired from his position as professor of the comparative study of ancient religion at the College de France. Among his earlier accomplishments, Vernant received the Croix de Guerre and the Croix de la Liberation for his service in the French army in World War II; he was also made an officer in the French Legion of Honor. Vernant is a writer of essays more than of books. As anthropologist James Redfield (see Vol. 3) puts it, "His forte . . . has been the informal, slightly rambling essay. . .; he does not collect evidence in order to make a case but rather cites the material in order to illustrate his ideas."Vernant's career has been distinguished by his collaboration with other scholars, most notably with Marcel Detienne and Pierre Vidal-Naquet. His interest in applying anthropological study to ancient Greece derives from his teacher, Louis Gernet, a member of Emile Durkheim's (see Vol. 3) school of L'Annee Sociologique. Vernant also adapts ideas from structuralist anthropology, without, however, surrendering a historical perspective. He works most often on materials from Greece of the fifth century b.c. Classicists often resist Vernant's approach because it is so heavily informed by theory. Nevertheless, it provides a wonderfully rich and complex vision of the ancient world and is worth serious and prolonged consideration. 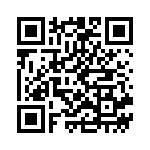