Even ten years after publication this book is of great use to the lay person interested in Mars or Martian fiction. It was written to be used by amateur astronomers during the close-ups of Mars in ... Read full review

Neil Bone is a frequent lecturer at astronomical societies and conventions. He has over 30 years experience observing the sky and popularizing practical observational astronomy. 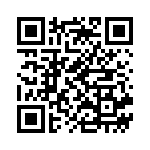