Alison Case has taught at Williams College since 1991. She authored Plotting Women: Gender and Narration in the Eighteenth- and Nineteenth-Century British Novel (1999).

Harry E. Shaw has taught at Cornell University since 1978, where he has served as Director of the John S. Knight Writing Program, Chair of the Department of English, and Senior Associate Dean of the College of Arts and Sciences. Shaw’s works include Narrating Reality: Austen, Scott, Eliot (1999, paperback edition 2004) and The Forms of Historical Fiction: Sir Walter Scott and His Successors (1983). He edited Critical Essays on Sir Walter Scott: The Waverley Novels (1996). 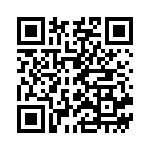