An Actor Prepares is the most famous acting training book ever to have been written and the work of Stanislavski has inspired generations of actors and trainers. This edition, now reprinted with a new ... Read full review

In "An Actor Prepares", Stanislavski deals with the inward preparation an actor must undergo in order to explore a role to the its full. He introduces the concepts of the 'magic of' units and ... Read full review 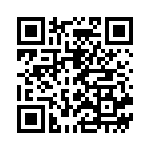