The problem with this book is that the author makes "hundreds" of predictions, promising that each one will follow the other. Well, it is hard enough to predict the next day in the stock market, and ... Read full review

Must read for anyone with savings in US dollars

This book is a must read if you are earning money is US dollars saving for retirement and determined to protect the value of your assets. Peter Schiff may not be the most elegant writer but his book ... Read full review

Peter D. Schiff is a seasoned Wall Street prognosticator best known for his accurate predictions of the performance of the stock market, commodities, gold, and the dollar. He is one of the few unbiased investment advisors to have predicted the current bear market and positioned his clients accordingly. Schiff began his career at Shearson Lehman and joined Euro Pacific Capital in 1996, becoming President of the firm in 2000. He appears frequently on Fox Business News, CNN, CNBC, and Bloomberg TV, and has been quoted in such publications as the Wall Street Journal, Barron's, the Financial Times, and the New York Times. Schiff is also the author of the original edition of Crash Proof as well as The Little Book of Bull Moves in Bear Markets, both published by Wiley. 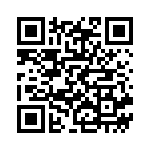