Liza Cody was born in London on April 11, 1944. She is an English crime fiction writer. She is the author of the popular Anna Lee series, which introduced the professional female private detective to British mystery fiction. Cody is also the author of the Bucket Nut Trilogy which features professional wrestler Eva Wylie. Cody has also written the novels Rift, Gimme More, Ballad of a Dead Nobody, and Miss Terry. Cody's awards have included the John Creasey Memorial Prize and the CWA Silver Dagger in the UK as well as an Anthony Award in the U.S. and a Marlowe in Germany. Most of Cody's work is set in London. 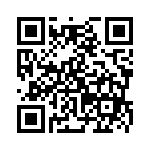