Page 124
Other creatures use tools , construct dwellings , dams , bridges , and tunnels ,
swim , fly , perform rituals , cooperate as families in raising the young ; and even ,
among the social ants , wage war with soldiers , domesticate other species , and
...
Page 164
The communal pattern itself was universal : but each group was a social island
cut off from other groups . Wherever this village culture was left to itself , it
eventually became fossilized ; and if later it continued to develop , it was either by
being ...
Page 320
Thomas , William I . Primitive Behavior : An Introduction to the Social Sciences .
New York : 1937 . Useful comparative study , in a fashion that has been too
completely discarded by those who think there is only one way of eating an
orange . 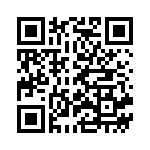