A very easy and enjoyable read. Gwyn's "Nation Maker" looks at Sir John A. Macdonald's post-Confederation career. Just as Canadian Confederation was not a guarantee, neither was the young country's ... Read full review

Best work of Canadian history that I have read in years. It positions Sir John A in his time and it makes him come alive as a human as well as a politician. Read full review

RICHARD GWYN is an award-winning author and political columnist. He is widely known as a commentator for the Toronto Star on national and international affairs and as a frequent contributor to television and radio programs. His books include two highly praised biographies, Smallwood: The Unlikely Revolutionary on Newfoundland premier Joey Smallwood, and The Northern Magus on Pierre Elliott Trudeau. His book, Nationalism Without Walls: The Unbearable Lightness of Being Canadian, was selected by the Literary Review of Canada as one of the 100 most important books published in Canada.The first volume of Gwyn's biography of Macdonald was published in 2007, became a national bestseller and won the Charles Taylor Prize for Literary Non-Fiction. The author lives in Toronto, ON. 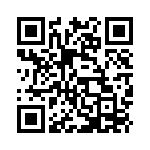