John J. Bukowczyk is professor of history and director of the Canadian Studies Program at Wayne State University in Detroit.

Nora Faires is associate professor of history and women's studies at Western Michigan University in Kalamazoo. 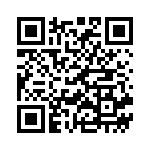