Exactly what I was looking for! I havent had a chance to do more than just skim the book but it was THE book I was trying to find and here it was on Overstock.com! Great job guysgals! Read full review

Christopher Penczak (New Hampshire) is an award-winning author, teacher, healing practitioner, and eclectic Witch. His practice draws upon the foundation of modern Witchcraft blended with the wisdom of mystical traditions from across the globe. He has studied extensively with renowned Witch Laurie Cabot and other Witches, shamans, yogis, and healers in the New England area which have influenced his eclectic path of personal Witchcraft. Penczak is an ordained minister of the Universal Brotherhood Movement, is a certified flower essence consultant, and is a certified Reiki Master (Teacher) in the UsuiTibetan and Shamballa traditions. A popular public speaker, he tours extensively throughout the year at bookstores and major gatherings. Penczak is the author of City Magick (Red Wheel;Weiser), Spirit Allies (Red Wheel;Weiser), and Gay Witchcraft (Red Wheel;Weiser'nominated for a Lambda Award). A columnist for newWitch magazine, his work has also been featured in publications such as Genre, InnerSelf Magazine and Kaleidoscope, and his writing appears in the recent book I Do, I Don't: Queers on Marriage. Penczak is a faculty member at the North Eastern Institute of Whole Health and a founding member of the Gifts of Grace Foundation, a nonprofit organization in New Hampshire made up of individuals from diverse spiritual backgrounds dedicated to service to the local communities. 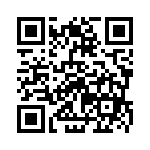