Page 37
law number three , nineteen hundred fifty - one , are hereby renumbered
respectively three , four , five , six , seven , eight , nine , ten , eleven , and twelve .
§ 2 . Subdivisions one , two , three , four , five , six , seven , eight , and nine as
herein ...
Page 261
Section twelve ( 12 ) of chapter four hundred fiftyfour of the laws of nineteen
hundred eight entitled “ An act to incorporate the city of Oneonta , ” and all acts of
the legislature and local laws amendatory thereto and supplemental thereto , is ...
Page 286
The minimum salary of sergeants of police shall be six thousand four hundred
dollars per year and there shall be two increments of a minimum of two hundred
dollars per year after the first and second year in rank . The minimum salary of ... 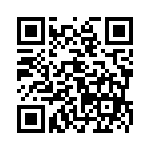