Page 433 - The multivariate calibration problem in chemistry solved by the PLS method,
Appears in 24 books from 1986-2007

Harald Martens, Professor of Chemometrics, Norwegian University of Science and Technology, and Technical University of Denmark. He is co-author of the best selling book, Multivariate Calibration, also published by John Wiley & Sons. He has won many awards for his work in data analysis including in 1999 the Galactic Industries Prize and the Herman World medal. His present developments have also been incorporated by CAMO Inc in their latest version of The Unscrambler.

Magni Martens, Professor of Sensory Science, Royal Veterinary & Agricultural University, Denmark. She has also won awards for her work in sensory science including in 2000 the prestigious Carlsberg Research Foundation proze. She has published numerous papers on multivariate data analysis for relating "soft" human quality perception to "hard" facts and measurements. 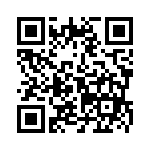