Michel Foucault was born on October 15, 1926, in Poitiers, France, and was educated at the Sorbonne, in Paris. He taught at colleges all across Europe, including the Universities of Lill, Uppsala, Hamburg, and Warsaw, before returning to France. There he taught at the University of Paris and the College of France, where he served as the chairman of History of Systems of Thought until his death. Regarded as one of the great French thinkers of the twentieth century, Foucault's interest was in the human sciences, areas such as psychiatry, language, literature, and intellectual history. He made significant contributions not just to the fields themselves, but to the way these areas are studied, and is particularly known for his work on the development of twentieth-century attitudes toward knowledge, sexuality, illness, and madness. Foucault's initial study of these subjects used an archaeological method, which involved sifting through seemingly unrelated scholarly minutia of a certain time period in order to reconstruct, analyze, and classify the age according to the types of knowledge that were possible during that time. This approach was used in Madness and Civilization: A History of Insanity in the Age of Reason, for which Foucault received a medal from France's Center of Scientific Research in 1961, The Birth of the Clinic, The Order of Things, and The Archaeology of Knowledge. Foucault also wrote Discipline and Punishment: The Birth of the Prison, a study of the ways that society's views of crime and punishment have developed, and The History of Sexuality, which was intended to be a six-volume series. Before he could begin the final two volumes, however, Foucault died of a neurological disorder in 1984.

John Johnston is Professor of English and Comparative Literature at Emory University in Atlanta. He is the author of Carnival of Repetition and Information Multiplicity. 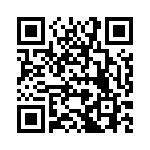