While I once ran a half-marathon, most of my running these days doesn't go beyond a 5K. And a slow 5K at that. I looked for a book to help me switch into high gear, but frankly this book was too much ... Read full review

The most comprehensive training manual I have found that coaches all levels of runners from beginners to elite. I appreciate the advice on treadmill training, days on, days off, how to prepare for ... Read full review

Daniels' first sport of interest was swimming, in which he competed at the University of Montana. He got involved in running while serving in the army in South Korea in 1956, when he began participating in triathlons involving swimming, pistol shooting, and running. His success in these events led him to compete in the modern pentathlon in the 1956 Melbourne Olympics, where he won a silver medal, and the 1960 Rome Olympics, where he won a bronze in team competition.

In the years between Olympics, Daniels studied exercise science at the Royal Gymnastics Central Institute in Stockholm, Sweden, under Per-Olof Ĺstrand, one of the world's best sport scientists. Daniels went on to earn a doctoral degree in exercise physiology at the University of Wisconsin.

In addition to serving as a consultant to the U.S. Olympic track team and Sports Canada, Daniels was named NCAA Division III Women's Cross Country Coach of the (20th) Century and three-time Coach of the Year. Daniels lives in Cortland, New York. 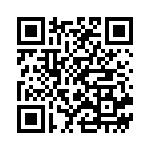