Ramsay MacMullen, Dunham Professor Emeritus of Classics and History at Yale University, is CEO of PastTimes Press and the recipient of a lifetime Award for Scholarly Distinction from the American Historical Association. He is also the author of "Voting About God in Early Church Councils," "Christianity and Paganism in the Fourth to Eighth Centuries, Corruption and the Decline of Rome, Paganism in the Roman Empire, "and "Roman Social Relations, "all published by Yale University Press. 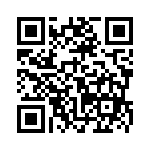