Philip Marchand was the book columnist for the Toronto Star for eighteen years, before retiring to write books in 2008. He is the author of Just Looking, Thank You, a collection of magazine journalism (Macmillan, 1976); Marshall McLuhan: The Medium and the Messenger (Random House of Canada, 1989); Deadly Spirits, a crime novel (Stoddart, 1994); Ripostes, a collection of literary criticism (Porcupine's Quill, 1998); and most recently Ghost Empire: How the 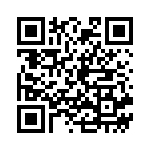