Négar Djavadi was born in Iran in 1969 to a family of intellectuals opposed to the regimes both of the Shah, then of Khomeini. She arrived in France at the age of eleven, having crossed the mountains of Kurdistan on horseback with her mother and sister. She is a screenwriter and lives in Paris. Disoriental is her first novel.

Tina Kover is a literary translator whose works include The Black City by Georges Sand, as well as works by Anna Gavalda and Mallock, both published by Europa Editions. 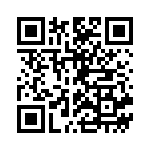