This is a very cute short novel, a coming of age story really for a young boy named Alec who spends a year living in York. Young Alec is made an type apprentice at William Lyon Mackenzie's printing shop and the book culminates in the ransacking of William Lyon Mackenzie's printing shop. I love personification of some of York's founding families: Bishop Strachan, William Allan, and the Jarvises. I am not sure if the boy's uncle is a historical figure (John Simcoe Macalister) or if he is loosely based on the real John Simcoe Macauley. The novel pits the mean, evil Tories/Family Compact against the Mackenzie and his supporters including young Alec. It does a good job of depicting the animosity that many "gentlemen" must have had towards Mackenzie. The author captures the sense of the smallness, the class distinctions, and the hardships of living in Muddy York. I love the hand drawn pictures too. This book is available online via Google Books. 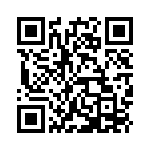