Page 102
There came also by the same ship other letters , but of later date , one from Mr.
Weston , another from a part of the Adventurers as followeth : Mr. Carver , Since
my last , to the end we might the more readily proceed to help the general , at a ...
Page 184
The Complete Text, William Bradford. Anno Dom : 1627 [ New Deal with the
Adventurers and within the Colony ) At the usual season of the coming of ships ,
Mr. Allerton ? returned and brought some useful goods with him , according to the
...
Page 185
All which stocks , shares , lands , etc. to the said Adventurers in severality allotted
, apportioned or any way belonging , the said Adventurers do warrant and defend
unto the said Isaac Allerton , his heirs and assigns , against them , their heirs ...

33 other sections not shown 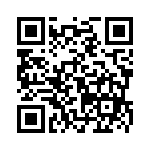