Kelly McBride is a writer, teacher, and one of the country's leading voices when it comes to media ethics. The world’s largest newsrooms, including the New York Times, the Washington Post, CNN, NPR and the BBC, frequently seek her advice for internal decisions and quote her expertise in their stories. On the faculty of the Poynter Institute since 2002, she currently runs the Ethics Department and the Reporting, Writing and Editing Department. She is also the director of Poynter’s Sense-Making Project, a Ford Foundation initiative examining the transformation of journalism from a profession for a few to a civic obligation of many, the values of the Fifth Estate, and the effects of technology on democracy. Kelly was lead writer on ESPN’s Poynter Review Project. She is co-editor with Tom Rosenstiel of The New Ethics of Journalism: Principles for the 21st Century (SAGE, 2013), which features essays by 14 thought leaders.

Tom Rosenstiel is an author, journalist, researcher, and media critic. Before joining the American Press Institute in January 2013, he was founder and for 16 years director of the Project for Excellence in Journalism at the Pew Research Center in Washington, D.C. and co-founder and vice chair of the Committee of Concerned Journalists. He has worked as media writer for the Los Angeles Times, chief congressional correspondent for Newsweek, press critic for MSNBC, business editor of the Peninsula Times Tribune, and a reporter for Jack Anderson’s Washington Merry Go ‘Round column. He is the author of seven books, including The Elements of Journalism: What News People Should Know and the Public Should Expect, which has been translated into more than 25 languages; Blur: How to Know What’s True in the Age of Information Overload; and The New Ethics of Journalism: Principles for the 21st Century (2013), co-edited with Kelly McBride. 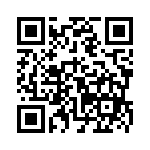