John Downing is Professor in the Department of Radio-Television-Film at the Univeristy of Texas, Austin. He is a co-editor of Questioning the Media (1990) and has contributed to the journals Media, Culture & Society and Discourse & Society 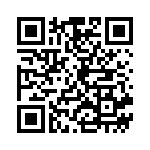