Thomas Inman (27 January 1820 - 3 May 1876) was a house-surgeon to the Liverpool Royal Infirmary. In his lifetime he had numerous medical papers published. He was also an amateur mythologist, and wrote Ancient Pagan and Modern Christian Symbolism, first published in 1869 and then again in 1875. In it he elucidated the origins of common symbols, some of them medical. Many of the symbols he discusses are in use today. (Wikipedia) 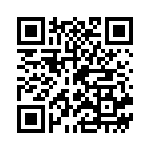