Page 74
experience teaches them otherwise . And in one sense this poverty and hunger
was normal in the Soviet thirties , for Stalin's First Five - Year Plan , with its forced
collectivization of the peasantry and its forced industrialization , ensured that the
...
Page 236
And they argued over Stalin , too , for although kopelev held Stalin responsible
for individual mistakes , he still ... From this point of view , Stalin's main
justification wasn't Marxism at all , but rather his conquest of territory “ from the
Elbe to the ...
Page 466
At last , quite unexpectedly , he turned to the heart of the matter and addressed
the central problem lying behind all the other problems - namely , the Party's
attitude to Stalin and Stalinism . Ehrenburg's real crime , it turned out , had been
to ... 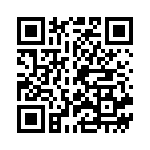