A little better read then the previous books. More action less set up without the graphic sex. Pretty bloody but that's to be expected. Nice way of introducing the terrorists just before they are taken out. A good read. Read full review

When the US and the Russians are cooperating (albeit off the books), the situation's got to be bad - and it is: the Russians have lost a scientist and some sort of WMD. They'd like the US to believe ... Read full review

A veteran of the 82nd Airborne, Ringo brings first-hand knowledge of military operations to his fiction. He had visited 23 countries and attended 14 schools by the time he graduated high school. 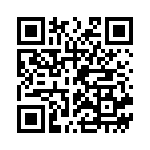