Page 74
This pedantry appears to have been common in the age of Shakspeare . The author of Lingua , or the Combat of the Tongue and the Five Senses for Superiority , 1607 , takes particular notice of it : “ I remember about the year 1602 ...
Page 146
This appears , not only from Shakspeare's context , but more particularly from an historian who relates the legend before cited , and whose words Stowe has evidently translated . This is Ailred , abbot of Reivaulx , who says , that our ...
Page 239
from the waist downward , all slops ; + and a Spaniard from the hip upward , no doublet : 5 Unless he have a fancy to this foolery , as it appears he hath , he is no fool for fancy , as you would have it appear he is .. Claud . 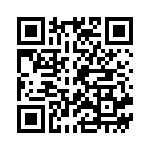