Professor Steven Ellis is Head of the History Department in NUI Galway. His best-known studies are Ireland in the Age of the Tudors(London, 1998) and Tudor Frontiers and Noble Power: the making of the British state (Oxford, 1995). Christopher Maginn is Assistant Professor of History at Fordham University, NY. 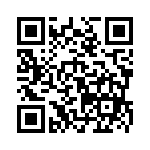