This is an example of the self-indulgent frippery Modernism fell into when it no longer had a thing meaningful to say. Amabile has sucked up grants and, like Senator Duffy, has left taxpayers and others amazed at what they never got for their money.

He was Writer in Residence at University of British Columbia for 1969-70, co-founder and editor of The Far Point, founder and editor of Northern Light, has edited a dozen titles for Nuage Editions, Signature Editions, Penguin and has published eight books. The Presence of Fire (McClelland & Stewart, 1982), won the CAA National Prize for literature; his long poem, Durée, placed third in the CBC Literary Competition for 1991; ‘Popular Crime’ won first prize in the Sidney Booktown International Poetry Contest in February, 2000; ‘Road to the Sky’ received an honorable mention National Magazine Award for 2000, ‘What We Take with Us, Going Away’ was shortlisted for the CBC Literary Prize in 2003 and he is the subject of a special issue of Prairie Fire, (Vol. 21, No. 1, May 2000). From October 2000 to April 2001 he was Writer in Residence at the Winnipeg Public library.

‘Dimuendo’ was awarded third prize in the Petra Kenney International Poetry Competition for 2005 and ‘A Raft of Lilies’ won second place in the MAC national poetry contest, ‘Friends’ (2007). He has performed his poems on the CBC, at numerous venues in Canada and the USA, and at the Olympics in Montreal.

His most recent publications are Dancing, With Mirrors (Porcupine’s Quill, 2011), Tasting the Dark: New and Selected Poems (The Muses Company, an imprint of Gordon J. Shillingford Publishing, 2001), and Rumours of Paradise / Rumours of War (McClelland and Stewart, 1995). 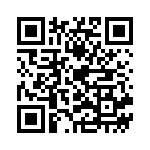