Catch 22 is an unusual, wildly inventive comic novel about World War II and its publishers are planning considerable publicity for it. Set on the tiny island of Pianosa in the Mediterranean Sea, the ... Read full review

I think if I had read this book as a teenager, or early in my twenties then I may have felt differently about it. I may have liked it a lot. I may have viewed the repetitive "kookiness" as funny and ... Read full review 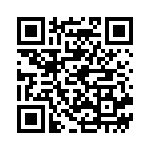