My soul has grown deep: classics of early African-American literature

Writer John Edgar Wideman was born in Washington, D. C., on June 14, 1941. He graduated from the University of Pennsylvania, studied at Oxford University, and was the second African American to become a Rhodes Scholar. He taught at the University of Pennsylvania and eventually founded and chaired the African American studies department. He also taught at the University of Wyoming and the University of Massachusetts at Amherst. Wideman is the author of more than a dozen books. Sent for You Yesterday won a PEN/Faulkner Award in 1984, and Philadelphia Fire received one a decade later. Fatheralong was a finalist for the National Book Award (1994) and Brothers and Keepers was a finalist for the National Book Critics Circle Award (1995). 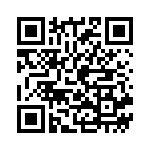