Johnson focuses mainly on East Asia: Japan, Korea, and China primarily. There is a bit of discussion of Indonesia and even Guatemala and Brazil. This book was published in 2000 but written in 1999, so ... Read full review

Chalmers Johnson always spoke what he saw as the truth, without regard to the consequences. He has done so here, and in the books which followed it. This book should still, almost two decades after ... Read full review

Chalmers Johnson, president of the Japan Policy Research Institute, is author of the classic MITA and the Japanese Miracle and Japan: Who Governs? 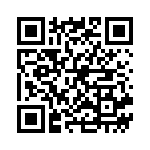