Page 64
The allometric relation holds, however, also for somewhat more complicated
cases, such as growth according to the parabola, the logistic, the Gompertz
function, either strictly or as an approximation (Lumer, 1937). The allometric
equation ...
Page 74
In a similar way, in the function of the nervous system there was apparently the
alternative of considering it either as a sum of mechanisms for the individual
functions, or else as a homogeneous nervous net. Here, too, the correct
conception is ...
Page 151
Another unsolved problem of a fundamental nature originates in a basic paradox
of thermodynamics. Eddington called entropy "the arrow of time." As a matter of
fact, it is the irreversibility of physical events, expressed by the entropy function, ... 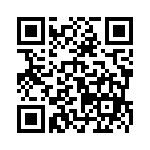