JINCEY LUMPKIN is a writer and creative director in Luxury Beauty. She is the author of Mermaid of Venice (now available for pre-order). Her writing style has been described as Jackie Collins meets J.K. Rowling. Recognized as a thought leader on women and culture, Jincey has written more than 50 columns for the Huffington Post and Playboy. She headlined Sex Week at Harvard and gave an infamous TEDx talk, "Are Robots the Future of Sex?" She has been profiled by Dateline NBC, Vice, and GQ, among others. Out Magazine listed her in its "OUT 100", naming her as one of the world's most influential LGBTQ+ people, alongside celebrities like Laverne Cox and Ricky Martin. 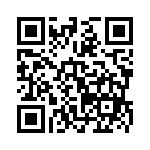