Guadalupe San Miguel, Jr., who holds the Ph.D. from Stanford University, is an associate professor of history at the University of Houston. He is also the author of "Let All of Them Take Heed": Mexican Americans and the Campaign for Educational Equality in Texas, 19101981, now available as a Reveille Book from Texas A&M University Press. 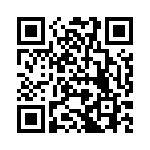