F. A. Hayek (18991992), recipient of the Medal of Freedom in 1991 and co-winner of the Nobel Memorial Prize in Economic Sciences in 1974, was a pioneer in monetary theory and one of the principal proponents of classical liberal thought in the twentieth century. He taught at the University of London, the University of Chicago, and the University of Freiburg. 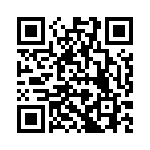