Monte M. Poen is Regents' Professor of American History Emeritus at Northern Arizona University in Flagstaff. He is the author or editor of several books, including Harry S. Truman versus the Medical Lobby and Letters Home by Harry Truman. 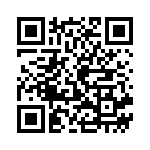