GILLES TIBO has written or illustrated more than 100 children's books, including the Little Knight series, also published by Scholastic Canada. He was a Canada Council fellow and is a recipient of many awards, including two Mr. Christie's Book Awards, and two Governor General's Awards. He lives in Montreal, Quebec.

BRUNO ST-AUBIN has illustrated over sixty children's books. His favourite activities when he is not illustrating include soccer, cross-country skiing, cycling, jogging and playing hockey. Bruno lives in Montreal, Quebec. Visit him online at www.brunostaubin.com. 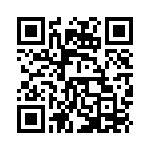