Elgen M. Long is the only person to have flown solo around the world over both poles. His career includes 40,000 hours of worldwide flying in everything from 1930s Boeing 314 seaplanes to Boeing 747s. During World War II, Navy patrol flights in the Pacific often took him over Howland Island, Earhart's destination on her final flight. 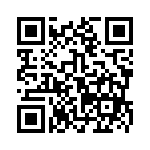