OK. This will be the LAST Child book I will read. Non-stop violence. Reacher is nothing more than a merciless killer in this nonsensical plot of crime in a town under the thumb of Albanian and ... Read full review

Jack Reacher helps our an old man who has gotten himself indebted to a loan shark. Along the way Reacher goes up against two rival mobs, the Albanians and the Ukrainians. Can Reacher set the old ... Read full review

Lee Child is the author of twenty-three New York Times bestselling Jack Reacher thrillers, with fourteen having reached the #1 position, and the #1 bestselling complete Jack Reacher story collection, No Middle Name. All his novels have been optioned for major motion pictures--including Jack Reacher (based on One Shot) and Jack Reacher: Never Go Back. Foreign rights in the Reacher series have sold in one hundred territories. A native of England and a former television director, Lee Child lives in New York City. 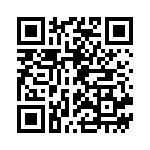