Eliot A. Cohen is the Robert E. Osgood Professor of Strategic Studies at the Paul H. Nitze School of Advanced International Studies (SAIS) of the Johns Hopkins University and founding director of the Philip Merrill Center for Strategic Studies there. A graduate of Harvard College, he received his Ph.D. in political science at Harvard in 1982. After teaching at Harvard and at the Naval War College (Department of Strategy) he served on the policy planning staff of the Office of the Secretary of Defense, coming to SAIS in 1990. His most recent book is "Supreme Command: Soldiers, Statesmen, and Leadership in Wartime" (Free Press, 2002): other books include (with John Gooch) "Military Misfortunes: The Anatomy of Failure in War". In 1991-93 he directed the US Air Force's official multi-volume study of the 1991 Gulf War, the "Gulf War Air Power Survey". He has served as an officer in the United States Army Reserve, and as a member of the Defense Policy Advisory Board of the Office of the Secretary of Defense as well as other government advisory bodies. 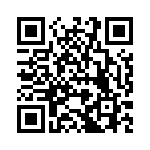