Page 23
Of these The Tempest , however it comes to be placed the first by former publishers of his works , can never have been first written by him : it seems to me as perfect in its kind as almost anything we have of his .
Page 30
Clytemnestra was a wicked woman and had deserved to die , nay , in the truth of the story she was killed by her own son ; but to represent an action of this kind upon the stage is certainly an offence against those rules of manners ...
Page 84
... and chief languages , Hebrew , Greek , Latin , Syriac , Arabic , Italian , Spanish , and French : so there are eight notable several kinds of Poets , Heroic , Lyric , Tragic , Comic , Satiric , Iambic , Elegiac , and Pastoral . 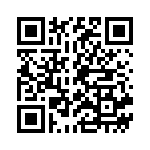