The hunchback of Notre-Dame

Victor Hugo was born in Besançon, France on February 26, 1802. Although he originally studied law, Hugo dreamed of writing. In 1819, he founded the journal Conservateur Litteraire as an outlet for his dream and soon produced volumes of poetry, plays, and novels. His novels included The Hunchback of Notre Dame and Les Miserables. Both of these works have been adapted for the stage and screen many times. These adaptations include the Walt Disney version of The Hunchback of Notre Dame, and the award-winning musical sensation Les Miserables. In addition to his literary career, Hugo also held political office. In 1841, he was elected to the Academie Francaise. After political upheaval in 1851, he was exiled and remained so until 1870. He returned to Paris in 1871 and was elected to the National Assembly, though he soon resigned. He died on May 22, 1885. 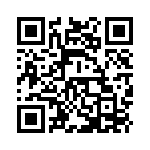