Very good, though at times, really not for the casual reader. While Mr. Kurzweil does an excellent job explaining his theories on how we can build a brain...that is, how we currently understand our ... Read full review

This was a good read from an information perspective, but it was at times rambling and hard to follow. That being said, Kurzweil knows what he is talking about, and provides many great insights into how new AI technologies work, and into where AI will go in the coming years. Read full review

Ray Kurzweil is the author of The New York Times bestseller The Singularity Is Near and the national bestseller The Age of Spiritual Machines, among others. One of the leading inventors of our time, he was inducted into the National Inventors Hall of Fame in 2002. He is the recipient of many honors, including the National Medal of Technology, the nation's highest honor in technology. He lives in Boston. 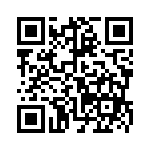