Elgen M. Long is a retired Boeing 747 captain with more than 40,000 hours of worldwide airline flying spanning 50 years as a radioman and navigator, including over 100 U.S. Navy combat missions during World War II, and patrols over Howland Island, where Amelia Earhart disappeared. He is the holder of 15 world records and/or firsts, most notably as the first person to fly around the world solo, touching down on seven continents and flying over both the North and South Poles, in 1971. Mr. Long lives in Reno, Nevada.

Marie K. Long, a former public relations consultant with the Western Aerospace Museum (now the Oakland Aviation Museum) in Oakland, CA., and wife of Elgen Long, passed away in 2003. 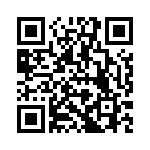