Academician John D. Caputo (b.1940) specializes in continental philosophy, described as the interaction among 20th century French and German philosophy and religion. He has written a number of scholarly books including The Mystical Element in Heidegger's Thought (1978), Heidegger and Aquinas (1982), Demythologizing Heidegger (1993), Against Ethics (1993), and The Prayers and Tears of Jacques Derrida (1997). Caputo has been honored in Dublin and Toronto, where conferences have been organized around his work. Caputo is professor of philosophy at Villanova University in Pennsylvania, where he received his M.A. in 1964. Other degrees include a B.A. from LaSalle College (1962) and a Ph.D. from Bryn Mawr (1968). 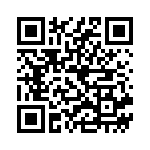