I have steadfastly refuse to read this book because it is the equivalent of cheat notes for zen students. Though I am pretty sure a zen master will see straight through the cheat without a problem I ... Read full review

Yoel Hoffmann was born in 1937. He received his PhD in the philosophy of religion and Buddhism from Kyoto University, Japan, and went on to teach Eastern philosophy at the University of Haifa. In addition to his works of fiction, he is the author of several books on Zen Buddhism, comparative philosophy, and Japanese poetry. Hoffmann has been awarded the Koret Jewish Book Award, the Newman Prize of Hebrew Literature by Bar-Ilan University, and the Bialik Prize by the city of Tel Aviv. He lives in the Galilee.

Dror Burstein teaches literature at Tel Aviv University. He is the editor of the poetry journal Helikon and the recipient of the 1997 Jerusalem Prize for Literature. His books Kin and Netanya have been translated into English. 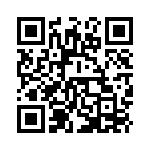