Brian Camp, Program Manager at CUNY-TV in New York, was a regular contributor to Animerica: Anime & Manga Monthly, and has taught a course on anime at New York's School of Visual Arts. Camp has also contributed to Animation World, Film Library Quarterly, the Motion Picture Guide, and the New York Daily News. Julie Davis is the former editor-in-chief of Animerica: Anime & Manga Monthly. A writer and editor in San Francisco, Davis has translated manga for Viz (now Viz Media) and has also contributed to Otaku USA and Manga: The Complete Guide. 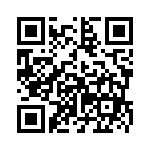