Andrei S. Markovits is Professor of Politics in the Department of Germanic Languages and Literatures and Adjunct Professor of Sociology at the University of Michigan. He is the author of numerous books, including The German Left: Red, Green and Beyond and The German Predicament: Memory and Power in the New Europe. Steven L. Hellerman is a sports journalist and a doctoral candidate at Claremont University's School of Politics and Economics. 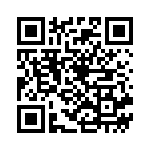