Tom Marshall was born in Niagara Falls, Ontario, in April, 1938. He studied English and History at Queen’s University in the late 1950s, returning to the school after graduation to complete a master’s degree on the poetry of A M Klein. With David Helwig, Marshall was at the centre of a group of writers active in Kingston, where he began teaching at Queen’s in 1964. As a poet, he is known for four linked collections (published between 1969 and 1976) of philosophical, meditative verse. The Silences of Fire (Macmillan 1969) is perhaps the best known of these, though all of them are neatly represented in a fifth book, The Elements (Oberon 1980). Marshall is also the author of seven novels, among them Rosemary Goal (Oberon 1978), a satire of academic and literary life, and Adele at the End of the Day (Macmillan 1987). Most important critically are The Psychic Mariner: A Reading of the Poems of D.H. Lawrence (1970) and Harsh and Lovely Land (1979), an incisive, insightful survey of contemporary Canadian poets and poetry. Marshall died at Kingston in 1993.

Born in Toronto in 1938, David Helwig attended the University of Toronto and the University of Liverpool. His first stories were published in Canadian Forum and The Montrealer while he was still an undergraduate. He then went on to teach at Queen’s University. He worked in summer stock with the Straw Hat Players, mostly as a business manager and technician, rubbing elbows with such actors as Gordon Pinsent, Jackie Burroughs and Timothy Findley.

While at Queen’s University, Helwig did some informal teaching in Collins Bay Penitentiary and subsequently wrote A Book About Billie with a former inmate.

Helwig has also served as literary manager of CBC Television Drama, working under John Hirsch, supervising the work of story editors and the department’s relations with writers.

In 1980, he gave up teaching and became a full-time freelance writer. He has done a wide range of writing -- fiction, poetry, essays -- authoring more than twenty books. Helwig is also the founder and long-time editor of the Best Canadian Stories annual. In 2009 he was named as a member of the Order of Canada.

David Helwig lives in the village of Eldon on Prince Edward Island, where he is the third Poet Laureate. He indulges his passion for vocal music by singing with choirs in Montreal, Kingston, and Charlottetown. He has appeared as bass soloist in Handel’s Messiah, Bach’s St Matthew Passion and Mozart’s Requiem.

Michael Ondaatje is a Canadian poet, novelist, editor and filmmaker. Born in Sri Lanka in 1943, Ondaatje immigrated to Canada where he attended the University of Toronto and Queen’s University before teaching at York University. After gaining some initial success as a poet with Governor General’s Award-winning collections like, The Collected Works of Billy the Kid, and There’s a Trick with a Knife I’m Learning to Do: Poems, Ondaatje eventually turned to writing novels, including In the Skin of a Lion and the wildly successful The English Patient. In addition to his poetry and fiction, Ondaatje has a distinguished career as a literary critic and as an editor. Ondaatje was named an Officer of the Order of Canada in 2005. 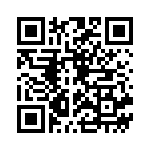