3.5 stars. Featuring a psychology professor and a Seattle police detective, Edward Kay's Dr. James Verraday mystery series is off to an intriguing beginning with At Rope's End. With the discovery of ... Read full review

I received this novel as an advanced copy from NetGalley in exchange for an honest review. This was a really nice fast-paced thriller. It was filled with action and there was always something ... Read full review

Edward Kay is an award-winning author and screenwriter with an eclectic background in live-action and animated television, as well as fiction and print journalism. He is best known for is work as a senior staff writer and producer for CBS's International Emmy-nominated political satire This Hour Has 22 Minutes during its four most successful seasons. In addition to his TV credits, Kay has also written three YA novels. He currently lives in Toronto. This is his first mystery. 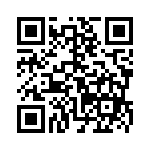